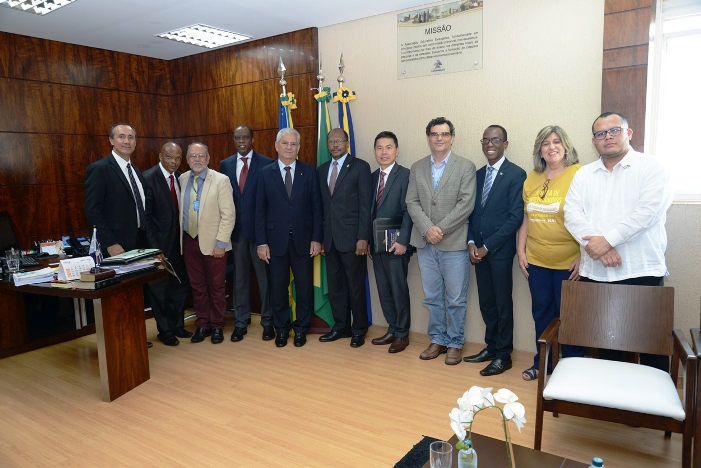 During the IV UniEVANGÉLICA’s International Exchange Fair, which was held from May 7th to 9th, the University Center of Anápolis was visited by ambassadors and diplomatic officials as part of the program.

Representatives from Kenya, Guyana, Singapore and the United States attended. The authorities spoke to the students about their respective countries, addressing topics such as culture, history, visas and the relationship with Brazil.

At the end, the diplomats met with the Dean of the University Center, Dr. Carlos Hassel Mendes, in the Rectory meeting room together with the Dean of Postgraduate, Extension and Community Action, Dr. Sandro Dutra e Silva, the academic coordinator of the Center for International Affairs, prof. Marisa Espíndola and the UniMissions Coordinator, Pastor Rocindes Correa.

RESEARCH DEPARTMENT OF THE LAW SCHOOL DOES UNPRECEDENTED WORK